Kayaking and Cave pack in Terradets

Did you know that on the shore of the Cellers reservoir there is a cave that is part of the Geoparc de la Conca de Tremp? Well, it is inhabited by very strange creatures…

For those who want to enjoy a family activity and want to have fun and spending half a day getting to know a part of the Geopark of the Conca de Tremp, the Cave-Kayak is an option full of attractions. This small route combines a part by kayak and a part on foot around the Cellers reservoir and the famous Cova dels Muricecs

The cave is located on the left bank of the Noguera Pallaresa river, right in the Congost de Terradets, which separates the Montsec d’Ares from the Montsec de Rúbies. The name of the cave is due to the small animals that inhabit it, the bats. In fact, this cave contains the fourth largest population in Catalonia!

This activity is 100% guided, both in the kayak and in the cave. It combines sport, geology, biology and the respect and preservation of the cave and its inhabitants. You will learn how different the Montsec was when this curious cave was originated, the different geological formations found in it and even the civilizations that inhabited it. If you are very attentive you can see stalagmites, fossil records and much more! 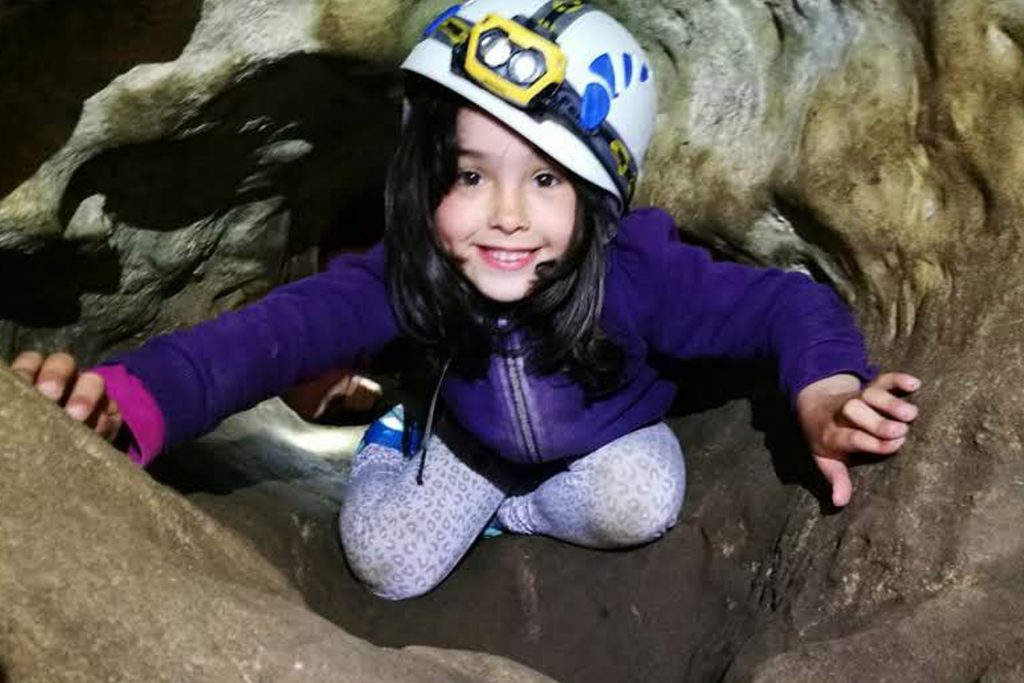 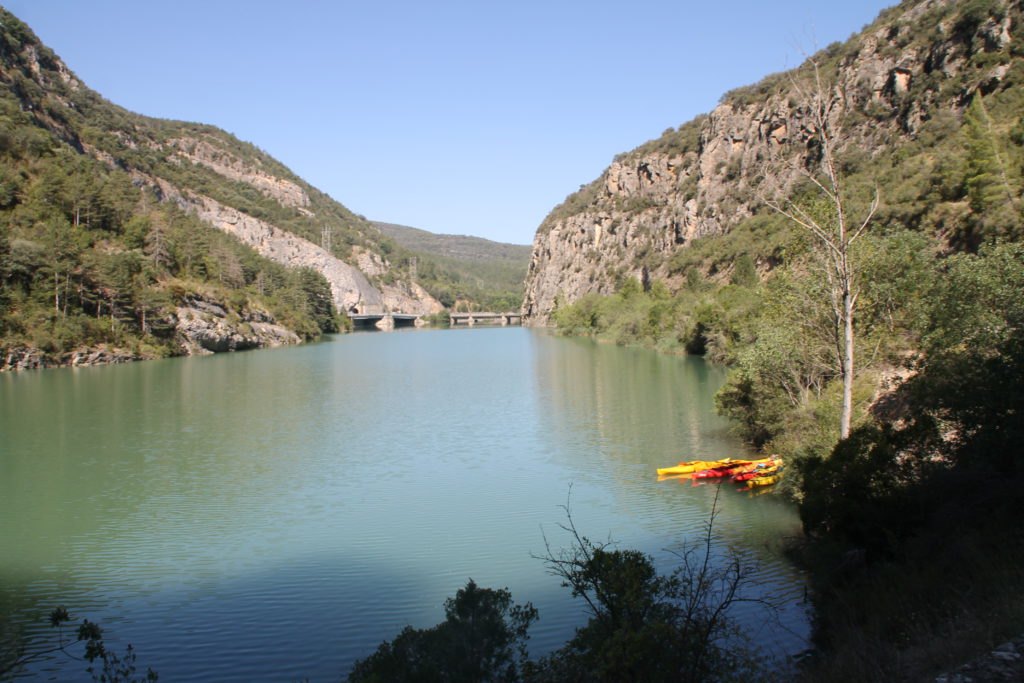 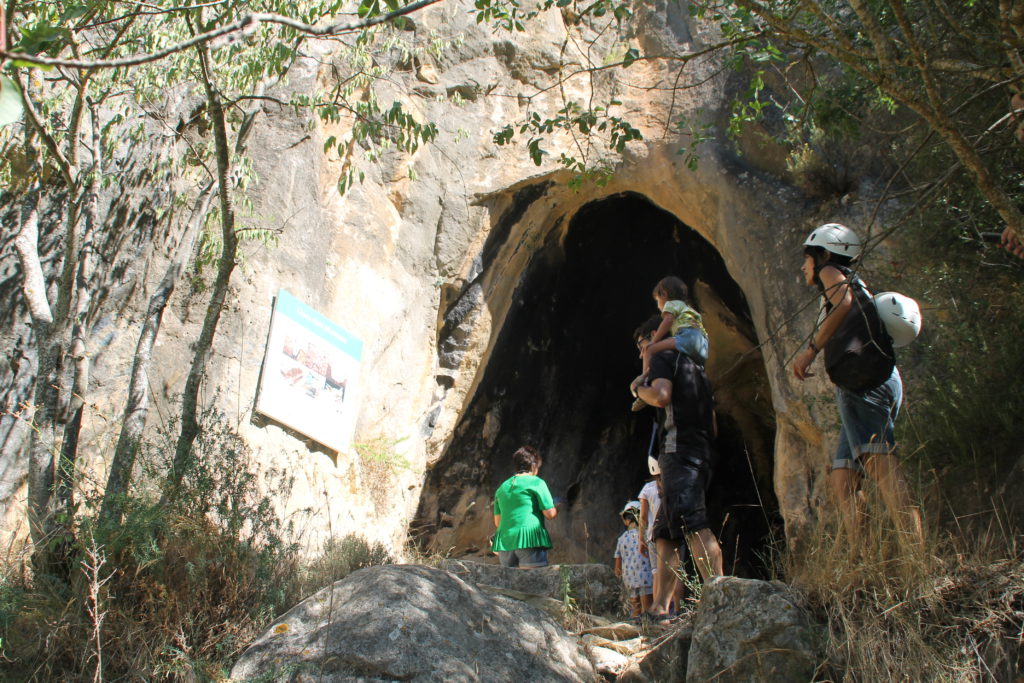 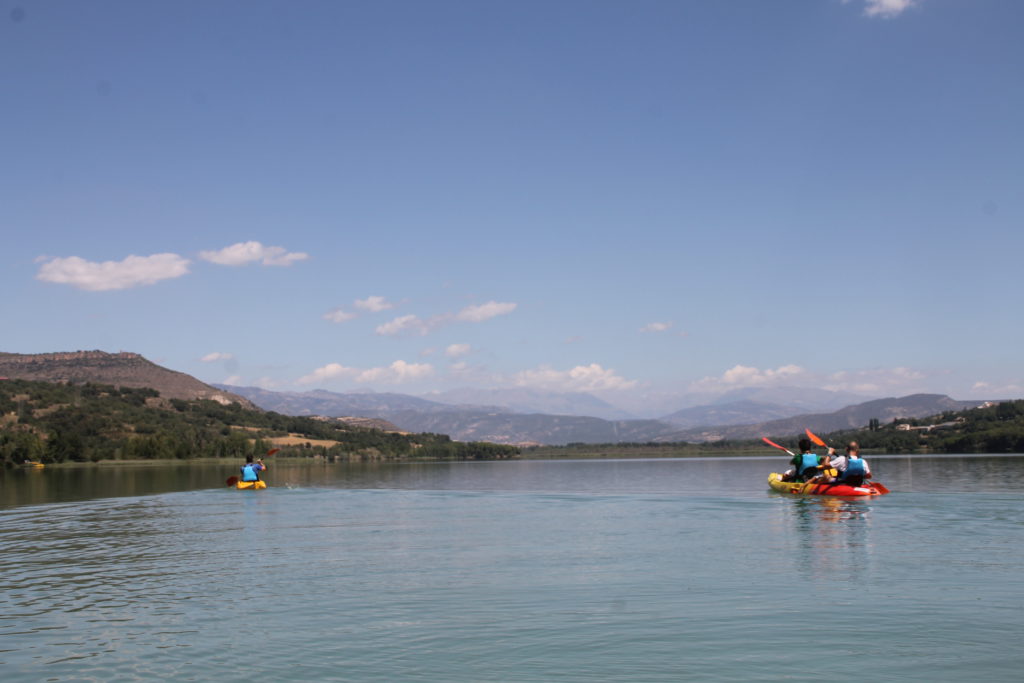 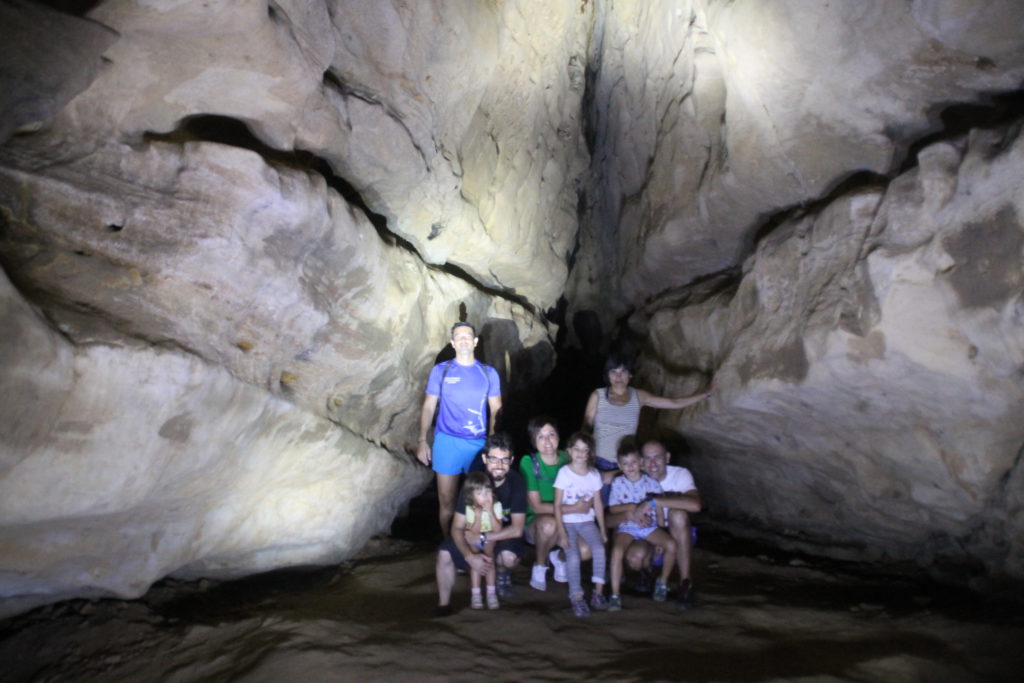 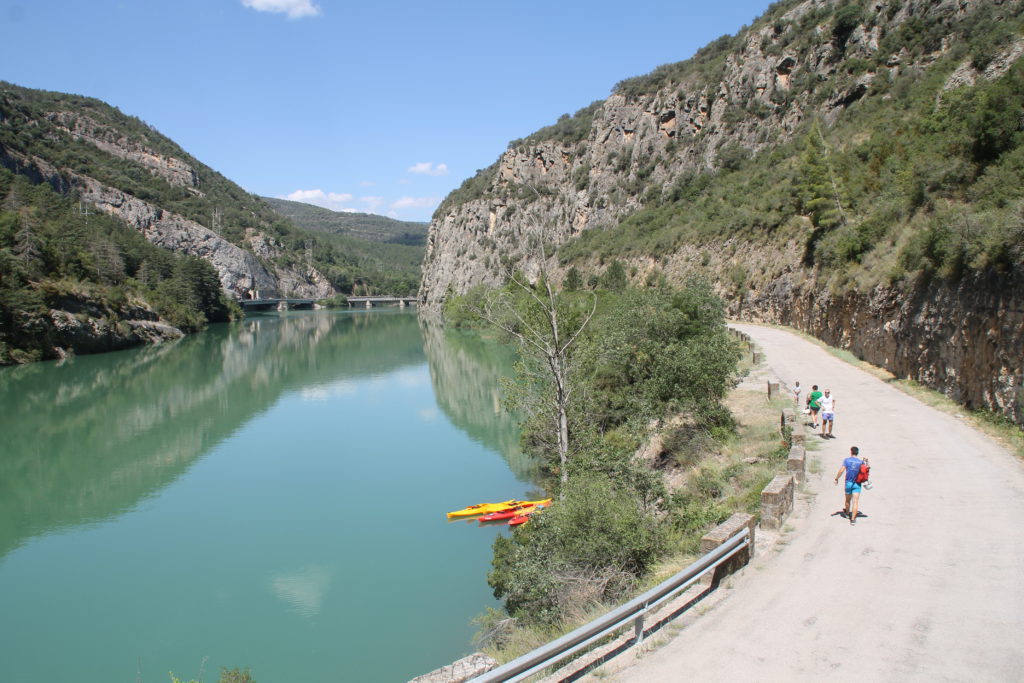 This activity can be done in the morning or in the afternoon, depending on availability and is 100% guided. It is ideal for families.
We start at the Terradets jetty with a kayaking route that will take us very close to the entrance of the Cova dels Muricecs. When we arrive there, we will disembark from the kayak, we will equip ourselves with front light and helmet and we will enter the cave so that you can discover, always with the help of our guides, all the secrets that it hides. When we have traveled the entire cavity we will return to the pier that is next to the Terradets Hotel. At the end of the activity you can enter the Hotel for lunch, dinner or bath in the pool if you feel like it.

The starting point of the activity is the Hotel Terradets jetty, which is located on the lake next to it. The distance traveled by kayak to the cave is 2.5 kilometers and it will take about 45 minutes. When we get off the kayak we will make the tour of the cave that will last approximately 1 hour. The kayak ride will be 2.5 kilometers too and it will take another 45 minutes. In total we will be between 3 to 4 hours doing the activity. The technical difficulty is low and the level of physical demand is low.

In order to enjoy the activity without missing anything, we advise you to come with the following equipment: sports shoes and comfortable mountain clothes that can get a little dirty during the journey in the cave, cap, sun protection, 1l of water per person and a spare of clothes that you can leave in the car so you have them at the end of the activity.

The price includes the kayak rental with the ZenithAventura guide along with the shovel, vest and raincoat if necessary, also helmet and frontal light for the part of the cave that you will also do with our guide.

Stay with us and enjoy your discount on the activities

Do you dare to combine it all?

Are you looking for accommodation in Àger Valley? We have what you need! Visit Congost de Mont-Rebei in kayak and stay in our family hostel.

One of the most exclusive adventure sports is hang gliding. Àger is one of the few places to practice this sport. Come and hang gliding with us and don’t worry about anything with our offer of hang gliding + accommodation.